In the SAP multiverse: Is your S/4HANA migration on track?

Support for ERP/ECC 6 x will end in 2027, by which time—at the latest—companies will have to have migrated to S/4HANA unless they are planning a complete system change to other ERP software vendors.

Such a change is not trivial, and especially due to the different licensing models, there are a few things to consider. In this blog, I’d like to address a few of our customers' pain points and provide tips on how to make the migration less painful.

In search of the business case

Most SAP ECC (R/3) customers have spent years fine-tuning their ERP systems to build highly efficient "systems of record." As a result, many companies are currently struggling to make an acceptable business case for upgrading from SAP ECC to SAP S/4HANA, when it is not entirely clear whether the business benefits are in-line with the expected costs.

The business case for S/4HANA requires much more than just a change in technology, such as a simple software upgrade or a cloud migration:

However, recent surveys of SAP customers show that confidence in moving business processes to the cloud is growing, not least because of the enhanced functionality, new technology, and maturity of S/4HANA as a modern "digital core." So, everything is not so bad?

Kind of. When asked by DSAG and ASUG which SAP ERP solution companies worldwide currently use, approx. 45% said they are either using or in the process of deploying S/4HANA.

S/4HANA Cloud plays a comparatively small role, especially in German-speaking countries: Only 6% of respondents use S/4HANA as a private cloud solution, and 2% as a public cloud solution. 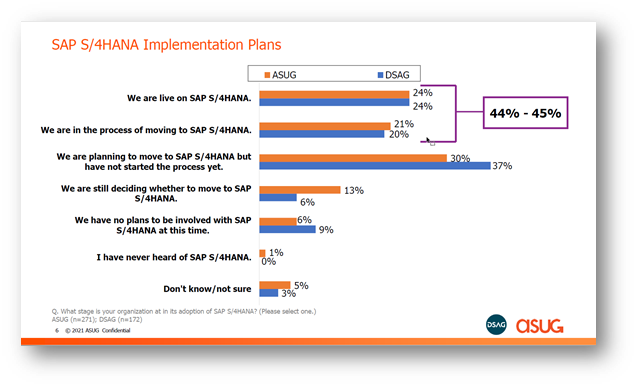 Greenfield or Brownfield—which SAP license model is right for me?

Many SAP customers are rightly wondering what will become of the expensive ECC licenses that are under maintenance. The SAP management argues that S/4HANA is completely new software that needs to be re-licensed.

With Product Conversion, you have the option of using S/4 products at a manageable cost. For a relatively low fee of €9,000 (flat fee), existing SAP customers can transfer all previously acquired usage rights to the S/4HANA world. Only SAP Engines must be purchased additionally, such as LoB (Lines of Business) and Industry Solutions.

This gives customers the time they need to negotiate sensibly with SAP about the conditions under which a contract conversion would be acceptable later. But beware: Software solutions from the SAP ECC world can continue to be used under SAP S/4HANA until December 31, 2025, at the latest.

Contract Conversion first determines how much the customer has spent on their SAP software that is currently still under maintenance. This amount is credited for the new purchase of products from the S/4HANA price list, considering all discounts.

This crediting also considers those products which are no longer used or only used to a small extent. It is therefore a good opportunity to part with "store goods" (shelfware). However, this only works if additional SAP software is purchased. The amount credited may not exceed 90% of the new purchase amount.

There is no silver bullet here, but Product Conversion does, in some cases, take over "legacy" licensing. With Contract Conversion, you can only license products you need, and which are in use. Be sure to ask for a calculation of the cost differences and check which products are covered! 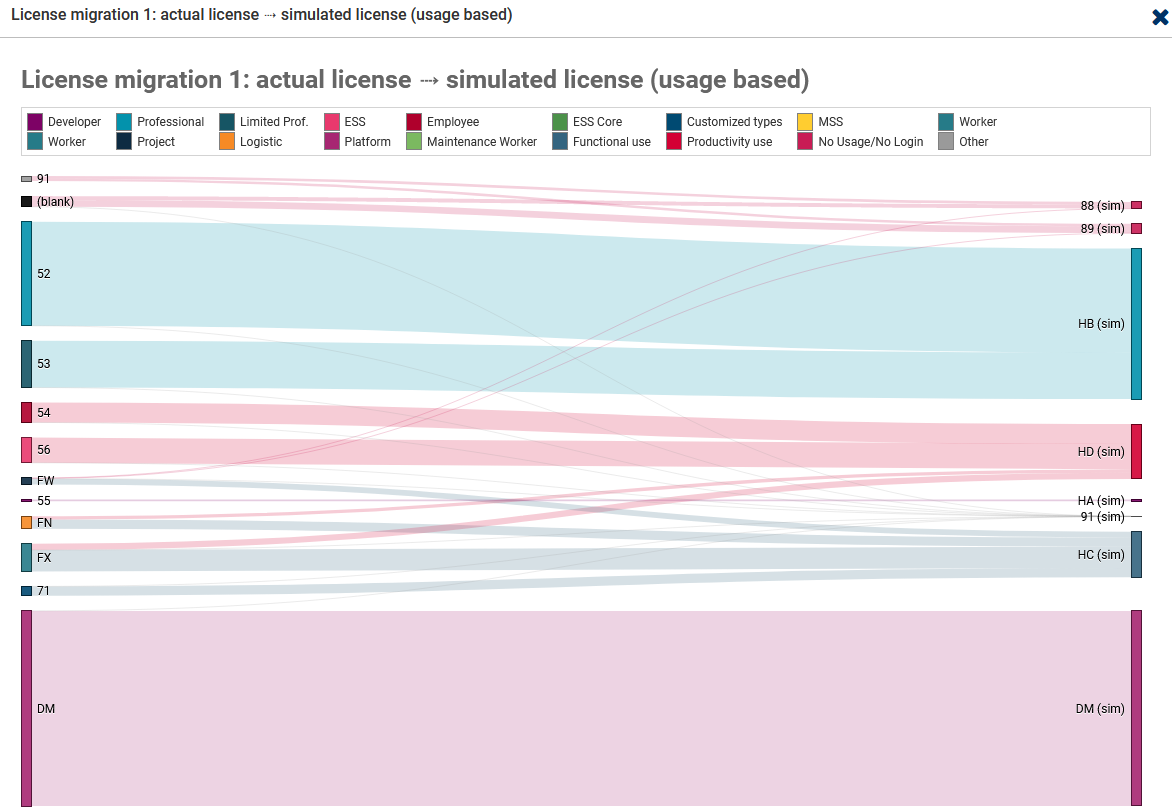 When planning future SAP investments, it also plays a role whether Contract Conversion or Product Conversion is more suitable. So, when planning, you should not only consider current needs but also keep an eye on future investments.

Pay attention to the relevant use types

Frequently used SAP Named Users such as "Limited Professional," "Worker User" and other special user licenses were not given adequate replacements with the new model. 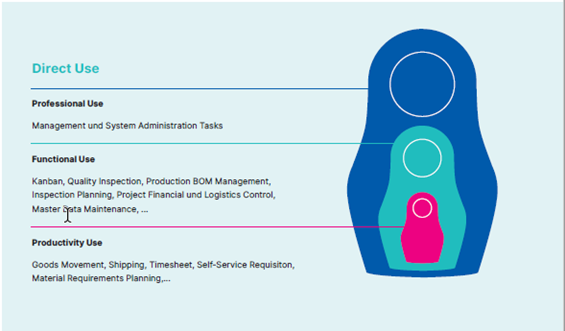 Source: USU
Fig.: The new use types for named user licenses distinguish only 6 application scenarios. The three most important ones are shown here.

When deciding whether to go with Product Conversion or Contract Conversion for SAP S/4HANA licensing, the use types used play an important role, because the old types and their flexible options no longer exist with S/4HANA.

6 things to check before entering contract negotiations with SAP

When planning and implementing your S/4HANA migration, you need to evaluate which license model better fits your company's needs or is more economical. On the one hand, this depends on the price, but also the future contractual basis.

With professional SAP license management software, you can simulate and calculate software usage and the financial impact of contract conversion or product conversion without spending a lot of time. Thus, you know the costs for both variants and can choose the most favorable option for you. For more than a decade, Myrja Schumacher has specialized in SAP and Software Asset Management (SAM) for SAP. Her hands-on experience includes consulting, license management, contract management and all kinds of SAP® related projects.

Good news for SAP customers who haven’t transitioned to S/4HANA yet: On Feb 4, 2020, SAP announced...

A leading global life sciences company spends hundreds of millions of dollars on software every...

On Feb 4, 2020 SAP made two big SAP license management announcements which impact the timeline for...